Belonging to the most beautiful Romanesque of Tierras de Iranzu, the church of Santa Catalina de Alejandría is a building full of charm, beauty and attractiveness.

Location: between Azcona and Arizaleta

Dates: All year round, with reservation

Visitors can enjoy a visit full of history, where the Romanesque monstruary takes its main role in the exterior canecillos of the church.

Built in the 12th century as a hermitage of the late medieval settlement of Ciriza, it was closely related to the Monastery of Iratxe, to such an extent that we can see repetitions in both monuments. 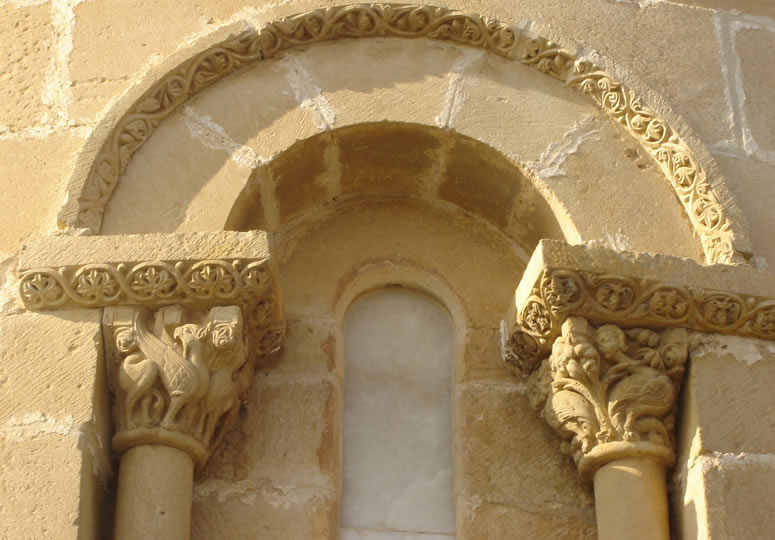 It is worth spending some time looking for the winged dragon, the bull’s head, the rhinoceros, the camel, the griffins facing each other -half lion, half eagle-, the flying harpies, the woman crouching in an exhibitionist attitude, the mother with the child in her arms, the two armed gentlemen who fight accompanied by three women, one of them in the middle imploding with her hands together, or the controversial Sanso.

The interior of the hermitage

The interior, although austere, preserves remarkable treasures: a medieval baptismal font, a 16th-century upper choir founded on Tuscan columns and 16th-century polychrome remains on the apse walls. The reddish lines allow us to identify a skull, a ship, a tower and a praying woman with her arms on a cross, perhaps Santa Catalina.

No reviews
Tap to zoom 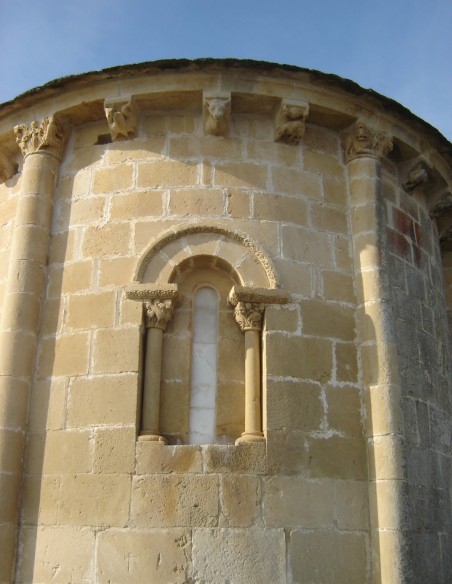 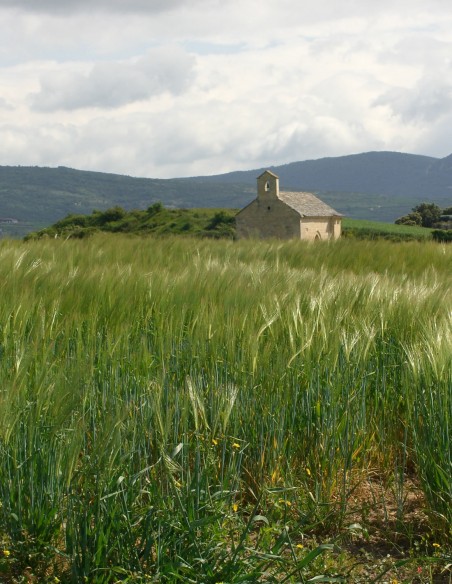 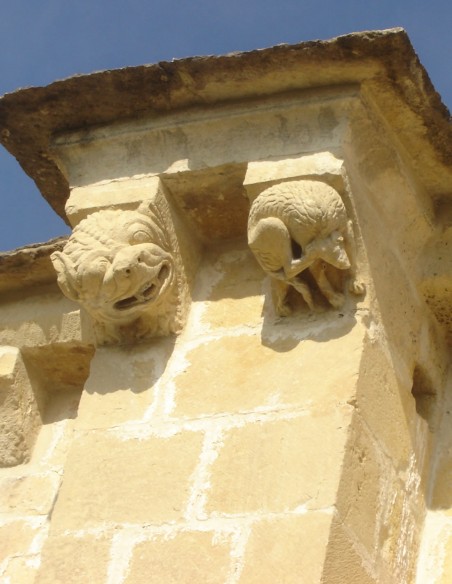